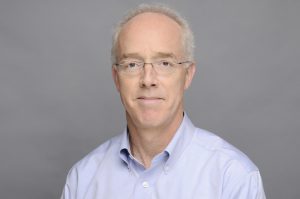 Professor of Neurobiology
University of Pittsburgh

Michael S. Gold, Ph.D., is a Professor of Neurobiology at the University of Pittsburgh. Dr. Gold received his B.A. from UC Berkeley, Ph.D. from UCLA, and was postdoctoral fellow with Jon Levine at USCF.  The focus of Dr. Gold’s research is the neurobiology of pain.  He has made important contributions to injury-induced plasticity in nociceptive afferents, and their contribution to the manifestation of persistent pain. Toward this end, he has employed an array of approaches ranging from the study of isolated cells to the development of novel behavioral assays with which to assess the presence of persistent hypersensitivity, and more recently the study of clinical populations suffering from persistent pain. Dr. Gold is actively involved in the greater pain community most recently working to form the US Association for the Study of Pain.

In his free time, Michael Gold likes to row, feed his chickens, garden, and cook.